“We will not let anyone exile us from our own land!” – Protests of The Guardians of the Rioni Valley against construction of a hydro power plant are escalating 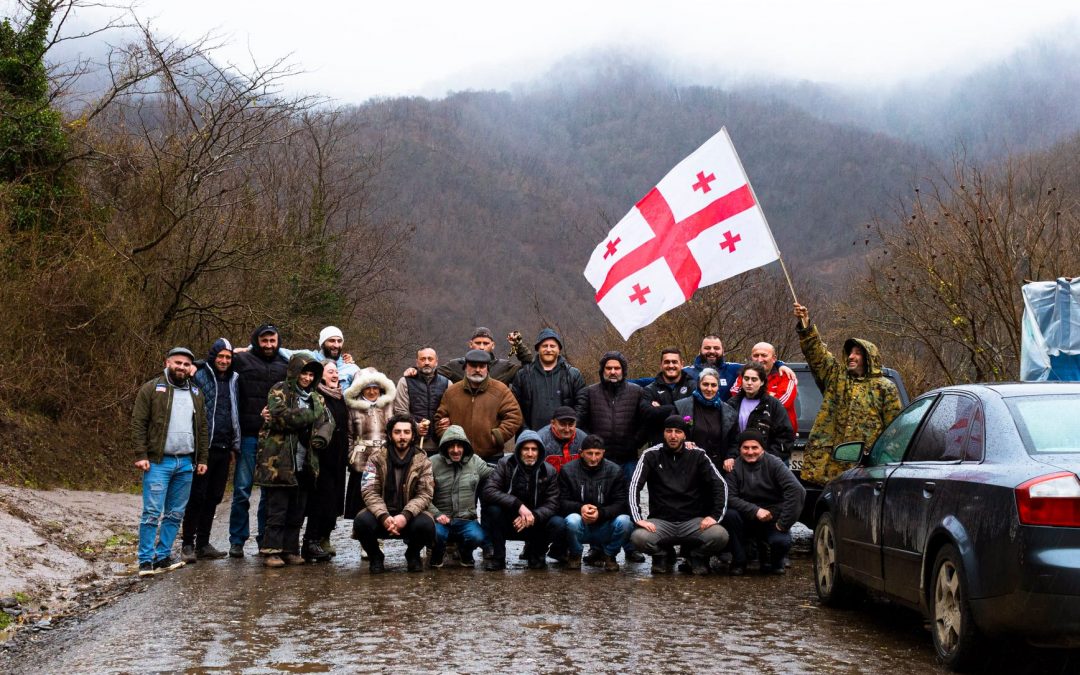 Georgia – Locals are protesting a large hydro power plant in the valley of the Rioni river in western Georgia. DGR stands in fierce solidarity with grassroots movements fighting the construction of dams and power plants against corrupt governments and multinational cooperations.

The government of Georgia has rented out an area of 281 hectares to a Turkish investor for 99 years to build and run a large dam and hydro electric power plant. Protesters claim that the government has sold another 293 hectares without official documents.

The Namakhvani Hydro Power Plant (Georgian: ნამოხვანი) is planned to be built in the Tskaltubo and Tsageri municipalities north of Kutaisi, Imereti region, Georgia and will have five turbines with a nominal capacity of 50 MW each having a total capacity of 250 MW.

The locals have set up a camp to protest against the project, occupying the site for more than 6 months now.

While the government initially tried to ignore the protests, the protesters, calling themselves “Guardians of the Rioni Valley”, have been able to mobilize an impressive number of people to join the occupation. Opponents of the hydro power plant construction could be seen clashing with police while demanding to open barricades to the village where the construction is being carried out. According to Varlam Goletiani, one of the protest organizers, nine protesters were arrested during rallies held on Tuesday and Wednesday, April 13th and 14th.

The activists have also filed a lawsuit in court, in which they are attempting to challenge the permission for the construction of the power plant.

“We are calling on communities in different cities, we will close the entire country, I say it again if our demands are not met. Our action plan today is linked to the sit-in, we will remain here. If the government does not take into account the will of the Georgian people, we will organize protests in different cities and block the whole country. This will continue until our requirements are met. If eventually, they will stay stubborn and not take into account everything that is happening here today against the Namakhvani hydroelectric power station, then we will plan large-scale work in the capital, and thousands of people will take to the streets until we completely break their backs, until they will have the feeling of the government we hired.” stated Goletiani.

The “Guardians of the Rioni Valley” named three conditions for resuming dialogue with the government:

“It is clear that the project will not only not contribute to the energy security of the country, as indicated by the government, but that the agreement provides for heavy and indefinite fiscal burdens for the state budget,” EMC reports.

The statement continues, “The agreement also shows a number of guarantees and conditions of support given to the company by the state, which made it possible to circumvent the strict requirements of the legislation and start the construction process by obtaining basic permits.

“The analysis of the agreement shows that the company is actually using Georgia’s natural resources free of charge and does not undertake to sell energy on the domestic market, which invalidates the country’s energy security or even economic benefits.

“The list of possible circumstances in which the company seeks compensation from the state is indefinitely extensive and puts the country in an unequal position due to the fact that it seeks to reinsure risks beyond the control of the state with budgetary funds. Under the agreement, all possible business risks are insured in the state budget in favor of the company.”